How to Overcome Cultural Challenges to Implementing Salesforce Chatter

How to Overcome Cultural Challenges to Implementing Salesforce Chatter 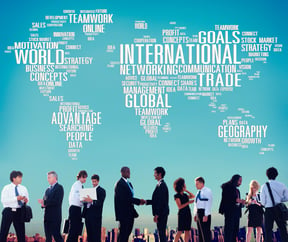 Change is a constant in business.

However, every organization has a different appetite for change, with some people readily embracing it, and others genuinely uncomfortable with it.

Understanding your organization’s resistance to Chatter can help you plan your launch in a way that minimizes the pain of change while maximizing the benefits – such as higher levels of collaboration, improved communication, and a reduction in email.

Based on my experience, three of the most common cultural challenges to implementing Chatter are:

To be effective, your communication plan should do the following:

Among the topics you should address in your communication plan are:

Create a Quick Reference Guide (QRG)
There are a lot of components to Chatter. In its simplest form it is a conversation unfolding, which is easy to understand. But setting up a profile, understanding the security around what is visible and what isn’t (think public versus private groups) may not be obvious to most users.

Create a QRG that you can share with the users as part of the communication plan. This allows the users to digest the guide beforehand, which will give them time to ask questions and ultimately be more successful at launch. Consider covering the following topics:

Host Webinars
Host a webinar prior to launch to demonstrate Chatter and take any questions. Use the dialog to modify the QRG if necessary.

On launch day, host two webinars so all users can attend. Demonstrate Chatter, using the Quick Reference Guide as your agenda. Open the session to Q&A. If needed, consider holding the webinar each day for a week.

While this might sound like a lot of work to implement something that is as easy as riding a bicycle, it is worth the effort. Before long, you’ll have a pile of training wheels in the garage and your users will be exclaiming, “Look Ma, no hands!”

Introduce Your New Technology and Maximize ROI with Your Salesforce Investment! 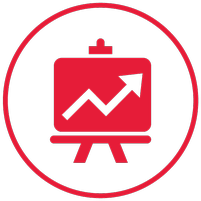